Cambridge University Bowmen compete in a number of events throughout the year, and have enjoyed a high level of success on both the university and the open circuit. Most of these tournaments are listed and described below. 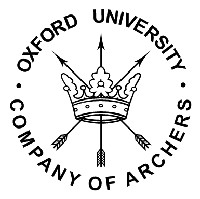 With records dating back to 1950, where Cambridge won the first competition between the two universities, the annual Varsity match between Oxford and Cambridge is one of the highlights of the year.

The competition alternates venue each year between the two universities, being held on the backs of St. John's College in Cambridge and on Christchurch Meadow in Oxford. Gentlemen shoot an Albion whilst ladies shoot a Windsor, and the final team is made up of the top four scoring archers including one of each gender. The highest scoring team is awarded the Rose Bowl, with the novice plate being awarded to the top team of three archers in the novice category. In addition to this, members of the experienced team who also shoot a first class score are elegible for a Half Blue.

To find out more about Oxford University Company of Archers, please visit https://oucofa.com. 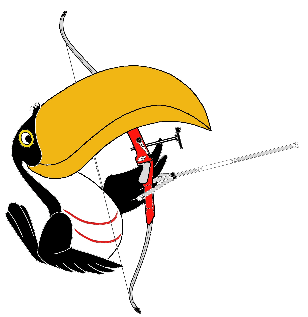 Established in 1995, the BUTTS League was formed when a group of archers from what was then Birmingham University Toxophily and Toucan Society (BUTTS) decided to organise the local clubs in to a league.

The league originally consisted of Birmingham, Loughborough, Nottingham, Oxford, Warwick, and Cambridge but was expanded in 2007 to include Derby and Nottingham Trent. A second division was introduced in 2015, consisting of teams from De Montfort, Northampton, Leicester and Lincoln. In 2017 this was expanded to include Coventry, and in 2019 De Montfort was moved up to Division 1.

All the members compete for the BUTTS Challenge trophy over the course of three legs and a grand final. Each leg is split between three universities, with each inviting two others to their venue to shoot a Portsmouth round. The final sees all the universities come together for one large tournament including a head-to-head round, and is followed by the BUTTS ball. 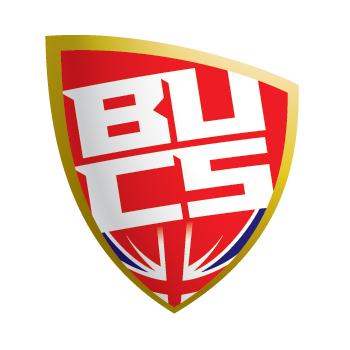 BUCS, standing for British Universities and Colleges Sport, is a national organisation that oversees sport in higher education. BUCS archery consists of two events each year, the indoor and outdoor championships, with records for both dating back to 1980. The top three archers of each gender from each club make up the two teams that compete for the BUCS trophies, and there are individual awards for the top three archers of each gender for each bow style.

The indoor championships is typically split into regional qualifier rounds, in which archers shoot a Portsmouth, and the top competitors from each of these events are invited to the finals, consisting of a WA18 seeding round followed by head-to-heads.

The outdoor championships is traditionally held at Lilleshall National Sports Centre, the home of ArcheryGB. Originally just a WA1440 round, the event was extended to include a second day in 2013, during which archers shoot a WA70m seeding round followed by head-to-heads.

To find out more please visit the BUCS archery website, or UKSAA.

The Town vs. Gown is a competition held between Cambridge University Bowmen and the local town club City of Cambridge Bowmen.

A traditional competition in a number of cambridge sports, it sees the two 'rival' sides of the town's occupants come together to battle it out on the sports field.

The Town vs. Gown trophy dates back to 1950, but it was lost around 2003 and the competition ceased to be held. The trophy was then returned to the committee in 2016/2017 and the captain at the time, Jack Atkinson, decided to reinstate the competition as an annual event after contacting CCB. This is a relaxed competition shooting a Western round, and provides a good opportunity to get to know other members of the sport from the local area. The teams are made up of the top four recurve scores on the day, though anyone is welcome to shoot. 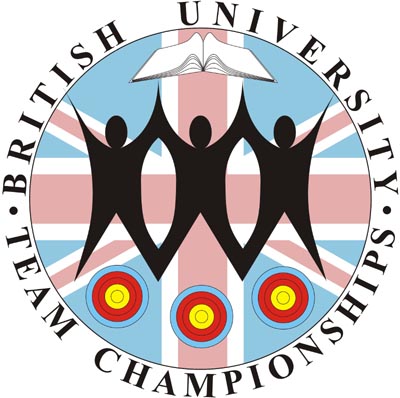 BUTC is a competition like no other. Established in 2003 and hosted by a different university each year, it uses the Beiter hit and miss system for a high-paced, exciting tournament.

Each university is allowed a team of three archers who shoot a Bray seeding round. This is then followed by the main event - a series of team head-to-heads using the unique Beiter hit and miss system. Following the death of Werner Beiter in 2014, the BUTC trophy was re-named the Werner Beiter Trophy in recognition of one of the greatest legends of the sport and his long-standing support for the competition since its foundation.

To find out more please visit the UKSAA BUTC website.

Instigated by an alumnus of CUB, Ian Caulfield, the British universities archery e-league allows all British universities to upload their best Portsmouth scores each month during the indoor season. Teams of four are formed from the best archers at the end of each month, alongside the individual results, to provide a ranking, and the points gained during the season are added up to give an overall leaderboard at the end of the season. There are seperate categories for experienced and novice archers, as well as the usual splits by gender and bow style.

In 2019, management of the e-league was transferred to BUCS, who continue to run the event throughout the indoor season each year. To find out more please visit the E-League website.

To submit a score for the e-league, please click here.

As well as competing in university competitions, a number of our members also shoot at external open competitions around Cambridgeshire, the East Midlands and Southern Counties, and sometimes even further afield. Though some of these competitions may be publicised on our website, the best way to find them is to visit the website of your local archery association or speak to other club members.